Kimino Shiranai Monogatari (君の知らない物語, The Story You Don't Know) is the closing theme song of the Bakemonogatari anime. It was performed by Supercell and was used from Hitagi Crab: Part 1 to Tsubasa Cat: Part 5.

Ryo of Supercell was the one who composed the song's lyrics and arrangement of the track. [1] Originally, vocaloid Hatsune Miku was chosen as the vocalist for the closing theme as part of Supercell's self-titled debut album in March 2009. [2] Instead, Nagi Yanagi took over her place making their first release to not use a singing synthesizer.

Yanagi was chosen as the vocalist due to Ryo being a fan of her voice before uploading his songs to Nico Nico Douga in late 2007. Ryo's first song, "Melt", was covered by Yanagi roughly one day after the song's release on the platform. She herself was also a fan of Ryo's music and contacted him in collaborating songs together in the future.[3]

"That's Deneb, Altair, Vega"
You point at the great Summer Triangle
I look up at the sky trying to remember

I've finally found Orihime
But where can Hikoboshi be?
Without him, she's all alone

Looking up from a world of pitch-black darkness,
The night sky seems to be flooded with stars
I wonder how long it's been
Since I started chasing after you

Oh, please...
Don't be surprised and just listen
To my feelings for you
[4] 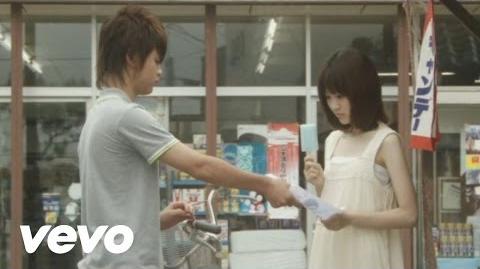 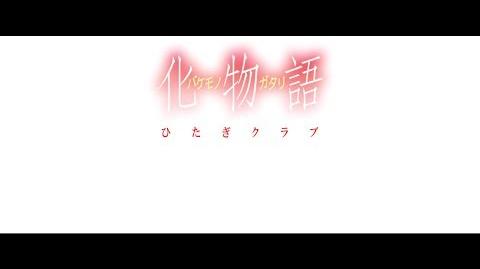 Retrieved from "https://bakemonogatari.fandom.com/wiki/Kimino_Shiranai_Monogatari?oldid=17607"
Community content is available under CC-BY-SA unless otherwise noted.