Akio Watanabe (渡辺明夫 Watanabe Akio) is a Japanese character designer, animator, and animation director. He is known for his iconic character design style that is featured in anime and videos games.

He is the main character designer for the Monogatari Series anime adaptations, having adapted characters from VOFAN's original work as well as creating his own for those not originally depicted in light novel artwork. This likely includes every male character, including main character Koyomi Araragi, who only has his iconic ahoge among other features in the anime adaptation.

He's also been given the title "Chief Animation Director" for most of the Monogatari TV series. 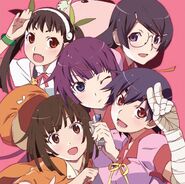 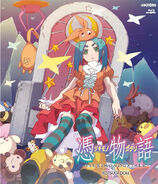 Add a photo to this gallery
Retrieved from "https://bakemonogatari.fandom.com/wiki/Akio_Watanabe?oldid=18669"
Community content is available under CC-BY-SA unless otherwise noted.